We and our partners process your personal data (such as browsing data, IP Addresses, cookie information, and other unique identifiers) based on your consent and/or our legitimate interest to optimize our website, marketing activities, and your user experience. Read our privacy policy for more information. 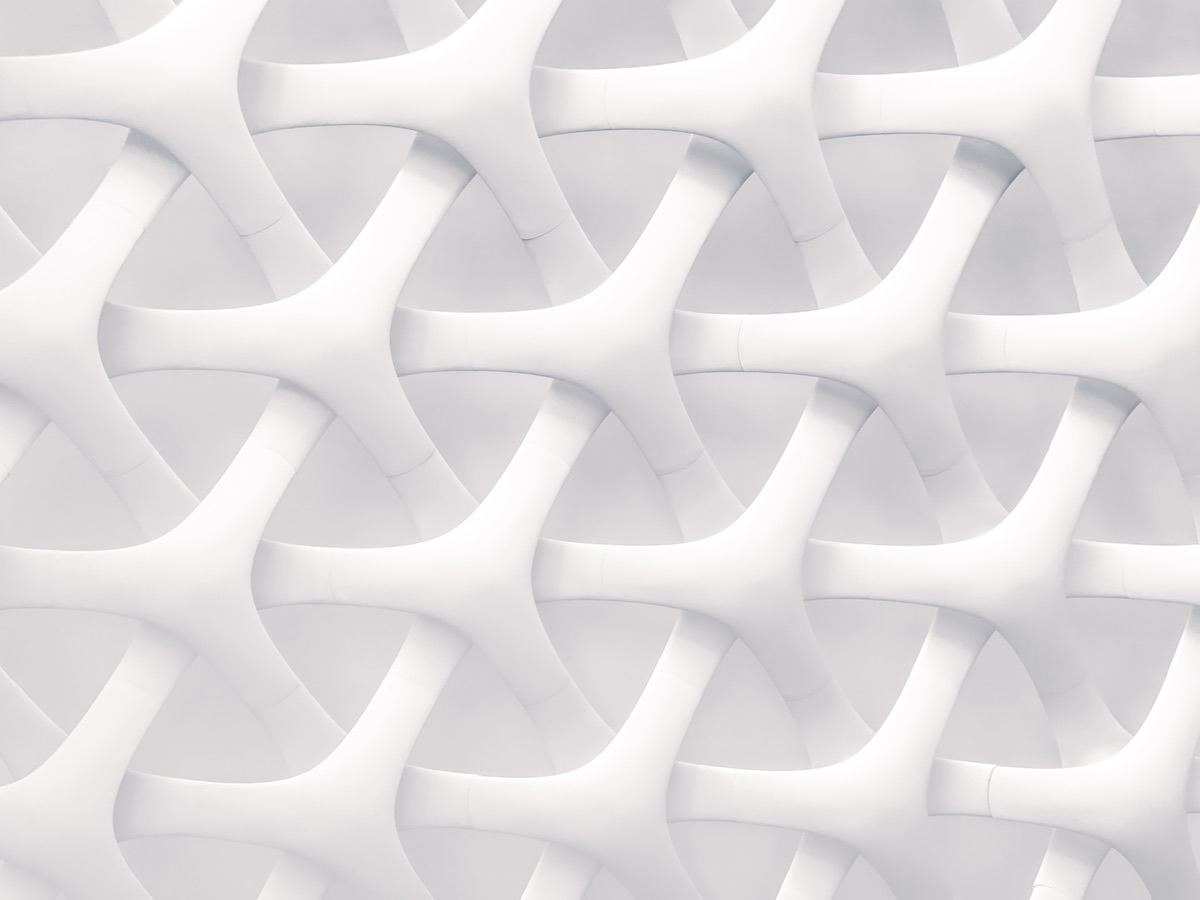 Welcome to the summer newsletter, we are at the halfway point of another busy year in the world of infection prevention and decontamination.

We dedicate the summer newsletter to a review of this year’s annual scientific meeting held in May in the beautiful City of Cardiff. With a record attendance the conference provided a wealth of educational content for the delegates, the event received excellent feedback and commentary, which we will use to shape next years event.

The Chair of CSC, Val O’Brien, welcomed the audience to Cardiff for this year’s conference, which was formally opened by Dr Marion Lyons of Health Protection Wales and Senior Medical Officer of the Welsh Government. Dr Lyons started her medical career as a paediatrician working in Africa. An outbreak of neonatal tetanus and her involvement in a subsequent campaign to vaccinate pregnant women against tetanus was a pivotal experience and led to her specialising in Public Health on her return to the UK.

The next speaker was Professor Manfred Rotter, an emeritus professor of Microbiology at the Medical University, Vienna, who gave the Kelsey Lecture. This was dedicated to the memory of Professor Graham Ayliffe who passed away last year. Prof Rotter spoke about historical aspects of testing the efficacy of hand antiseptics, beginning with a review of the work and life of Ignaz Semmelweiss, the 19th century Viennese obstetrician who recognised the importance of hand hygiene in the prevention of puerperal sepsis, a frequently fatal infection of newly delivered women now known to be predominantly due to group A beta-­‐ haemolytic streptococci. Professor Rotter gave a comprehensive overview of the development of hand wash and disinfection testing standards which, given the central importance of hand hygiene in clinical care, are fundamental to modern medical practice.

A feature of CSC conferences is the opportunity for industry representatives and  researchers to present on their products, including the science behind innovations. This year, the first industry presentation was given by Jim Baldwin, of Westfield Medical, who talked about Humipaks, moisture retaining pouches for post-­‐operative instrument handling and transport prior to arrival at the CSSD. The aim of Humipaks is to keep surgical instruments moist to facilitate the removal of protein residues as part of re-­‐processing.The second industry presentation was given by Thomas Vanzielegham of OneLife, who reviewed approaches to detection of residual proteins on surgical instruments, highlighting the use of his company’s product , OneLife DETECT, to identify residual protein missed by visual inspection.

This year’s conference debate asked the question, is endoscope decontamination affected by a chemistry cartel? Ean Whalley, managing director of Serve Medical, spoke for the argument that endoscope washer disinfector manufacturers operated a closed shop that unfairly prohibited users from using their own choice of disinfectant chemicals. John Prendergast, Senior Decontamination Engineer for NHS Wales Shared Services Partnership/Specialised Estates Services, countered by arguing that manufacturers, by insisting on defined chemicals, far from running a cartel, were ensuring users could be assured of reliable decontamination. The debate went to the vote and the majority vote fell in favour of the motion of a Cartel.

Wayne Spencer, an independent consultant on sterilisation and healthcare engineering, of Spencer Nickson Limited, continued the theme of endoscope reprocessing, covering issues around; inspection of scopes, especially the problem of internal inspection; a trend towards packaging of reprocessed scopes as an alternative to storage cabinets and the problem of no clear standards for this approach; standards for the storage versus drying of endoscopes, highlighting the requirement for more work on this area of decontamination.

The final presentation of the first day was given by Helen Griffiths, a gastroenterology nurse consultant and lead assessor for the Joint Advisory Group for Gastroenterology and decontamination advisor for the British Society of Gastroenterology, who spoke about direct observation of practice; from training to competence in endoscope decontamination. Drawing on educational theory, Helen discussed issues around training, highlighting the disparate nature of people with varying backgrounds and educational levels involved in decontamination and pointing out that experience does not automatically equate to competence. She also commented on the variable environments of endoscopy units in which decontamination takes place.

The next day’s programme began with a presentation by Andrew Bent from the MHRA, who looked at medical device and equipment compatibility. Andrew described the work of the MHRA in safeguarding patient safety and public health and the regulatory challenges of dealing with a wide range of medical devices, all of which must be acceptably safe when used for their intended purpose and in line with manufacturers’ instructions.

Karen Tweed, Deputy Operations Director for decontamination at Sheffield Teaching Hospital, then talked about her experiences of responding to the 2013 MHRA alert on appropriate decontamination of re-­‐usable medical devices in line with manufacturers’ instructions in order to avoid structural and functional damage of devices, a challenge that is made difficult by the lack of standardisation of decontamination processes approved by manufacturers and the multiplicity of cleaning methods found in large healthcare organisations. Karen’s approach included setting up a multi-­‐disciplinary committee including a decontamination manager, infection prevention, estates, domestic services, supplies, clinical governance and finance. She described the difficulties and successes of this group including the development of a chemical review group.

The next speaker, Andrew Smith, currently the newly appointed director of the Scottish Respiratory Bacteria Reference Laboratory, developed the scientific approach to decontamination but previously lead consultant for medical device decontamination for NHS Greater Glasgow and Clyde. Andrew described his work for the Scottish Infection Research Network aimed at reducing the risk of iatrogenic variant CJD through neurosurgical instruments. His research on the five most commonly used neurosurgical instruments revealed that periosteal elevators, flat instruments that should have been easy to clean, retained very high protein levels after re-­‐processing because of the way they were stacked on top of each other during decontamination. This observation led to Andrew’s view that protein testing at performance qualification was vital but that subsequent downstream protein testing was not necessary if quality controlled loading conditions and washing parameters were met.

The third speaker, Mark Furmage, decontamination engineer of NHS Wales Shared Services Partnership, covered washer disinfectors and ultrasonic cleaning and the role of these devices in protein removal at the pre-­‐cleaning stages of re-­‐processing.

The theme of ultrasonics as an aid to cleaning, especially of lumened instruments, was developed further by an industry speaker, Pawel de Sternberg of Aseptium. He gave a presentation that included the basics of the dynamics of fluid flow through instrument lumens and how ultrasonic cleaners work through the generation of cavitation bubbles that subsequently explode and produce shock waves that remove contaminants. His company produce process challenge devices that aim to verify internal cleaning of lumened instruments.

David Jones from Alphasonics (Ultrasonic Cleaning Systems) gave the next corporate presentation, describing a range of instruments that his company has developed that use ultrasound to clean a range of medical devices including surgical instruments and endoscopes.

David Jenkins, Consultant Medical Microbiologist at University Hospitals of Leicester NHS Trust, described the role of directors of infection prevention and control (DIPCs) in English hospitals and their leadership responsibilities for decontamination. He described the results of a survey of DIPCs that showed many had no professional background in infection prevention or decontamination, highlighting a potential weakness in decontamination governanceThe final presentation of the meeting was from Paul Jenkins, of Southmead Hospital, Bristol, where he is responsible for a number of departments including Decontamination Facilities and Material Management. Paul spoke about the Scan4Safety project that aims to use GS1 barcoding standards to track the use of medical devices in healthcare. It has been claimed that Scan4Safey has the potential to save lives and up to £1 billion for the NHS over the next seven years. Paul described the project and how demonstrator sites across England are using it. Val O’Brien closed the meeting with thanks to all speakers, the audience and industry supporters. 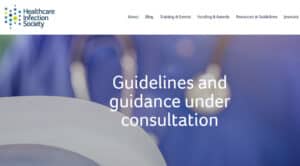 HIS Consultation on the Rituals and Behaviours in the Operating Theatres

Embargoed: New report focuses on regulation and governance to prevent the contamination of surgical instruments

Membership is open to any individual or company actively engaged in sterile product manufacture, control of microbial contamination and associated methods, and research and training activities.